Management Team
Our journey in Early Childhood Education was not business driven but more to spend some quality time with young son Sam. In 2005, we purchased our first Early Learning Centre when Alan returned from overseas after a contract with Welsh Hockey, overseeing their international hockey program, and as a Director on Great Britain’s Olympic Hockey Board. Jackie was working for a successful law office in Wales and had a budding law career. Both Alan and Jackie's families have had a long association with the education sector.

On our return to New Zealand we really wanted to put family first. Our son Sam was the catalyst for purchasing a centre in Whangarei and we had four great years seeing him grow there as well as learning about Early Childhood in New Zealand. Alan's daughter Chloe, started working in the Educare family before qualifying in Hotel Management. Marianne Walker managed that centre for us in Tikipunga at that time and has since grown with us to be the General Manager of the wider organisation.

We now own over 10 centres throughout the North Island and are able to provide these communities with centres that have a focus on: sustainability, safe natural play areas for the tamariki and great enthusiastic staff which all contribute to incredibly stimulating environments. What we want to do is create a unique service that is centred around your tamariki, for that is what we wanted as parents.

If you wanted to sum us up it would be “whānau first” and giving back to local communities, while learning, laughing and playing. 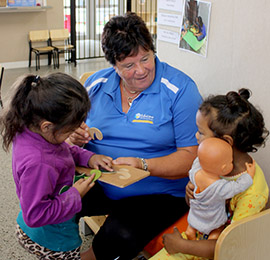 Kia ora
I am genuinely interested in all children as they are our future and so full of potential. So many families and their children pass through the doors of Educare centres and it is still a priviledge to work with, support and see them transition to school capable and ready to fly. My own family- five children and grandchildren are my delight and I am so proud of them all; I love just watching and listening to their banter on our big get togethers. My personal interests are being with my friends, pottering in the garden and impromptu travelling with family or friends. Educare’s owners, Alan and Jackie Lints, support me to achieve my goals. I love working for Educare. 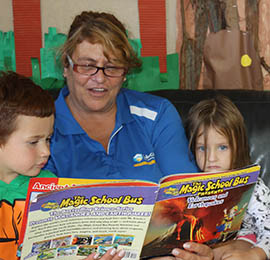 Kia ora tatou.
Ko Karyn toku ingoa
I have a diploma of Teaching (ECE), Certificate in Behavourial and Learning Difficulities, First Aid Certificate and am a fully registered teacher.
I have 3 children and 5 grandchildren and live here in Whangarei with my husband.
I look forward to working with and alongside you and your child. 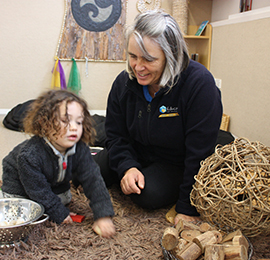 Kia Ora, I'm Cara Lindsay. I have been involved in early childhood since leaving school. I graduated from Auckland Teacher’s college with a diploma in Kindergarten Teaching and a Diploma of Teaching in Early Childhood.
After 7 years of working in Kindergartens, I built and owned my own centre in Kamo.
In 2001 I sold the centre and went home to be a full time Mum to our three children and to help run our Dairy farm. Now with my children grown up, it is time to return to my passion of teaching. Kia ora my name is Jo. I have been a teacher for nearly 20 years and have worked in all areas of ECE from home based to University lecturing. I have a Masters of Education with a strong emphasis on kaupapa philosophy and Tikanga Maori. I live locally in Pukekohe with my husband and teenage daughter. We have a passion for sports and the gym which is quite often where we spend our time. We are also car enthusiasts particularly American muscle cars, and also enjoy being out and about in them. My passion is creating a natural and sustainable, yet safe and nurturing environment for tamariki that is a home away from home and being a mentor for my team to strive to be the best teachers for the tamariki in our care. 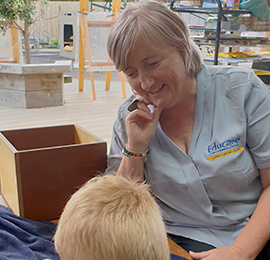 Tēnā koe my name is Karen Newton. I am a fully registered ECE teacher and have always been highly passionate about the overall development of each unique tamariki. For parents looking for solutions in dealing with a parenting issue, I am also a qualified Triple P Parenting Programme Provider.
On a personal note, I am a mother of two amazing adult sons, who are enjoying life in the UK, while I am based in the wonderful Wairarapa, where the rest of my family live. Living in the Wairarapa provides me with lots of opportunity to get out into the great outdoors and spend valuable time with my young niece and nephew. I look forward to learning and working alongside the Educare Learning communities. 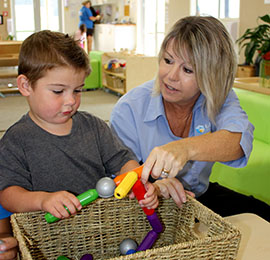 I am the Administration Manager for Educare Group, currently based at the Totara Park office.

I have worked in Administration for 30 years of which the last 5 years have been for Educare.

I have lived most of my life in Whangarei. I am married with 3 sons and 4 stepsons. We are expecting our first grandchild in a few months.

Although I am office based I love the environment I work in, to see and hear the children laughing and playing enriches my day.